One of the most unforgettable people in the world, Robin Williams, was caught dead the other day. We all know him for being a great comedian. He stunned us with his unparalleled jokes, imagination and creativity but suddenly he had enough and said goodbye to all of us in the most shocking way. Surely, none of us will forget how he lived his life.

The followers of Williams mourn upon learning that he committed suicide and knowing that Robin Williams had a strong personality, none of us thought that he was experiencing a depression. He never talked about it to the public, he was simply saying "I get bummed, like I think a lot of us do at certain times. You look at the world and go, 'Whoa.' Other moments you look and go, 'Oh, things are okay.'"

He could have been much affected by our fast changing world. Some said it's because of alcoholism and drug addiction. I don’t know. I believe he had a warm, soft, and loving heart. He loved too much that he rather suffer just to make his viewers happy. But who am I to say this? I am just one of his fans that truly believe in his magical devotion of love and existence.

By the way, I've listed some of the top movies of Robin Williams that truly made our imagination go crazy.

1. Hook (1991) The classic re-imagining of Peter pan story, Williams played the role of grown up peter that almost forgot about fairies and lived the life of a normal dad. But he must return to Neverland to save his kidnapped children from his former nemesis, the evil Captain Hook. 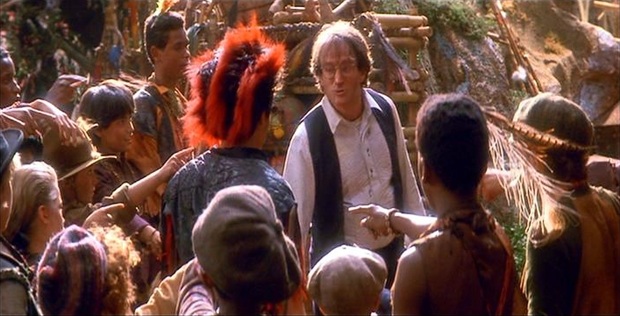 2. Aladdin (1992) Thanks to Williams' voiceover work, the Genie in Disney's animated version of Aladdin remains one of the most memorable and beloved characters in the studio ever since it was published.

3. Mrs. Doubtfire (1993) A movie that made us laugh, wearing his kindly female nanny uniform to stay up close with his children despite of a contentious divorce from his wife (Sally Field), perhaps his most iconic role ever.

4. Jumanji (1995) Based on the children’s book of the same name, Williams as Alan Parrish who was trapped on the board game as a child and is then freed several decades later, along with the games many beats.

5. Bicentennial Man (1999)
A movie based on the novel co-written by Isaac Asilmov and Robert Silverberg where Robin Williams plays the character itself, as Andrew. The movie shows humanity, slavery. Prejudice, maturity, intellectual, freedom, sex, love and morality that made each of the viewers dropped into tears.

6. Night in the Museum (2006) Together with Ben stiller, evening duty security guard, Williams as Theodore Roosevelt who comes to life during at night with his co-museum members, Tyrannosaurus rex, capuchin monkey and many more while at morning they stay as mannequins. But one night the late bad security guards wanted to steal the magical tablet that keeps them come to life. Together as one they saved themselves and the museum itself.

Robin Williams is dead but his movies and great memories will live forever. Rest in peace Robin.

Here's another list of favorite movies of Robin Williams.

Mickaela R. TanBonLiong is the writer behind the article you read above. Has grown up fantasizing "sex and city" series or movie. I've been wanting to be a writer like Carrie Bradshaw. Writing, Clothes, Girlfriends, Good Places, and to be with someone I could sing and dance through (if you know what I mean) is what I call life. To be able to be an author of a book of what I can call my own is my dream. Writing for DiversityHuman feels like I am one step closer to it. :-)