We grew up watching Robin Williams. Up until now, I would still find myself captivated whenever I randomly see his movies playing on cable TV. Anyone from my generation (and from any other generation) who has seen at least one of his many films would agree with me when I say he has left a mark in all of us. When he is not making us laugh with his crazy antics, he was making us cry. An exemplar of a really versatile actor.As we all mourn for losing such a talented and beautiful person; let us also remember the life lessons he has conveyed through his characters in some of my personal favorite Robin Williams' pictures.

"I stand upon my desk to remind myself that we must constantly look at things in a different way." -Prof.John Keating (Dead Poets Society, 1989)

I was less than 5 years old the Dead Poets Society came out, so it was not until I was a teenager when I saw it. Williams played the role of Professor John Keating, a young educator who came back to his alma mater and inspired his students through teaching poetry in unconventional approach. He inspired his students to find their own voices, to stand up for something they believe and to strive for individual growth. Change is inevitable, that is why we need to keep an open mind and embrace new ideas. Prof. Keating taught us to experience life beyond the books, to see life in a different way. It is the fear of the unknown that hampers our development as an individual. Prof. Keating challenged us to dismiss ourselves from the norm society dictates and to sieze the day; make our lives extraordinary. 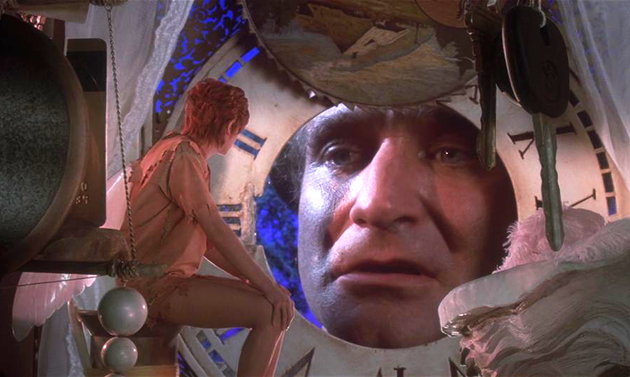 In this film, Williams played Peter Banning or more popularly known as Peter Pan when he grew up and became a successful corporate lawyer who hardly spends time with his two children. When Captain Hook kidnaps his kids, Peter had to go back to Neverland to rediscover himself in order to save his kids. As he went into the real world, Peter became consumed with his work that he forgot how to have fun. With all the responsibilities that we have to attend to we tend to forget that we were kids once, but we need have to act like one from time to time. Williams' character is reminding us enjoy life, stay a kid at heart and never disregard the people that matter most in our lives. No matter how old you get, it is still ok to believe in fairies and engaging in occasional food fight wouldn't hurt.

Now who can forget the fast-talking, hysterically-funny and very blue Genie from Disney's Alladin? I know I won't. I can still say his lines by heart and no doubt might still memorize of his "Friend like Me" song. Robin Williams was the genius behind the Genie from the lamp who helped out street rat thief, Aladdin and turned him into a prince. Although Genie did everything in his powers to help Prince Ali win the heart of Princess Jasmine, he constantly reminded Al to be himself and tell the truth. Nothing good ever comes out of pretending to be someone else and as a result we would just end up hurting someone we love or worse, hurting ourselves. Like the old saying goes, honestly is the best policy; I'm sure Genie agree's with that too.

In his movie, Williams portrayed Jack Powell, born with a rare aging disease called Werner Syndrome in which he ages 4 times than a normal person. In Jack's attempt to live an ordinary life, he enrolls at a public school when he turned 10 ( while looking like a 40 year old grown man.) He struggled at first to be accepted by the kids his age but eventually won them over. At some time, he tried pretending to be an adult but his extreme childish immature ways would still surface, he is a kid after all. With his medical condition getting serious, Jack almost gave up, ready to succumb to his then secluded life; but he fought back. Jack embraced his ailment and used it to be an inspiration to his parents, his friends and the people around him. We all got our own crosses to carry, our own challenges to conquer; but this should not hinder us to make our lives spectacular.

"You treat a disease, you win, you lose. You treat a person, I guarantee you, you'll win; no matter what the outcome." - Dr. Hunter Adams (Patch Adams, 1998) 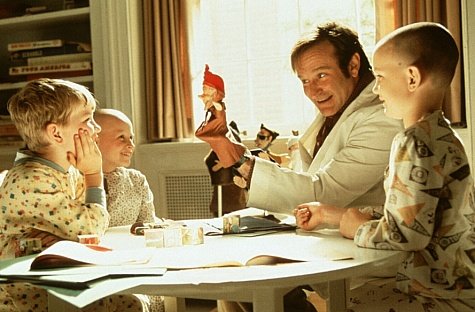 Based on the real life story of Dr. Hunter Adams, Robin Williams plays Patch Adams, an unorthodox doctor with an enormous heart. He embodies the saying that "laughter is the best medicine; its is the kindness we exhibit that cures those who are sick and not the medicines. Adams is convinced that doctor-patient relationship should be more than an arm's length, but rather it should be personalized. His character reminds us to be more compassionate and to put an end to our indifference towards another person. We'll never know maybe if we do just that, if we open our hearts more to another person, we are helping them in more ways we can even imagine. You don't need to be a doctor to treat a person, all you have to do is to reach out and make that one person smile.

You might want to read the details of Robin Williams' Death.

Maria graduated AB Communication Arts in 2007. Part-crafty person. She has her own online shop Maria's Collection (@mariascollection on Intagram) showcasing handcrafted jewelries. A perfect day for Maria would include the beach, a cold margarita and a re-run of her favorite series, How I Met Your Mother.